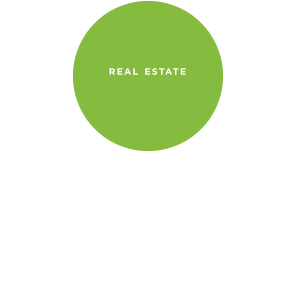 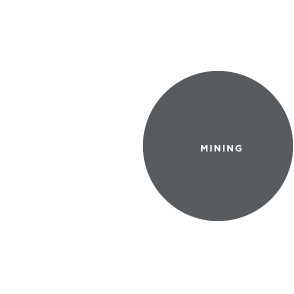 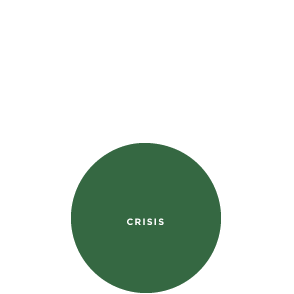 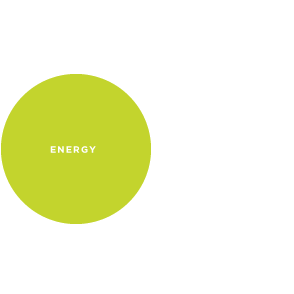 Davies has worked in countless contentious arenas over the last 30 years, but we have chosen four specific focus areas on which to focus our depth of expertise: Real Estate, Energy & Environment, Mining and Crisis.

We minimize damage by managing the message and the messenger - on your own team, in the media, and within government agencies. We help you avert a poor response to unexpected events by ensuring you are prepared. When a crisis does occur, we get your story out quickly and effectively, and work to frame the discussion in the direction that best complements the business.

The Davies Approach to Crisis Abatement

Bad news sells, but you can take the wind out of the crisis tornado by responding to the “right issues,” instead of trying to counter the human-interest drama. We have built a network of partners, including industry spokespeople, lobbyists, and media experts, who specialize in handling these issues quickly and seamlessly.

We coordinate separate responses for varying audiences, including government agencies, families or neighbors, and the general public. We shift the focus from what has happened, to why or how, and then publicize your plan and proactive next steps.

We use the power of traditional, digital, and social media to quickly restore stakeholder and public confidence. We bring the media in the front door, which is to say we present the bad news quickly and completely. Cutting the media out is counter-productive — it slows the ﬂow of facts and often leads them to look to other, less-reliable, less-controllable sources of information. With proper management and messaging, your company’s candor and compassion, acceptance of responsibility, and plans for resolution become the primary story.

Davies puts the public to work for you

We win by defining the terms of the debate and amplifying voices of public support in regulatory agency processes that are too often dominated by a vocal group of obstructionists.  From gaining unanimous approval for a wind farm while the local community had already spent $2MM opposing it, to taking a development initiative that was down by 37% when we took it on, and transforming that into a win with a 38% margin of victory, we always find a way. The Davies approach has succeeded in gaining permits for oil and gas, fly-ash disposal sites, solar and wind farms, transmission and port infrastructure, and power plants of every type.

Set the agenda of discussion

Through research, we distill your winning issues and help inoculate against losing issues. Our research approach is based on proprietary tools that have been carefully honed through 3 decades of first-hand analysis of how to overcome people's instinctive opposition to energy projects.

We brand energy projects - from siting to relicensing to transmission lines - with the same sophistication and technology widely used to market products. We help the public understand increased energy needs, while addressing and relieving fears about health and environmental risks.

Dominate the public debate to win

We isolate radical points of view, and persuade environmental constituencies to either support your project or to remain on the sideline. At the same lime, we mobilize an army of vocal supporters to transform the public debate and speed your project to a timely approval, all the while avoiding unnecessary mitigation.

Despite being a "green" project, major environmental groups were united against plans to create the first ever wind farm on the California Coast."
Read more...

An innovative energy company needed positioning as a leader in the field, and messaging to help inoculate against criticism.
Read more...

A new energy company had plans to develop an offshore LNG platform, but was opposed by a well-established, deep-pocketed competitor.
Read more...

Acciona Energy North America
"Davies assisted Acciona in gaining approval by the Board of Supervisors in a county known for its strict land use policy and active environmental groups, by helping to build grassroots public support for California's first-ever coastal wind energy farm, resulting in a 5-0 approval."
A. Harley McDonald, Project Developer

Opponents fight mining and industrial operations based on fear

Until this fear of the unknown is addressed, the benefits of jobs, tax revenue, and economic stimulus will fall on deaf ears. We demystify complex processes and present them simply, while telling your pro-growth, environmental story. Davies has booked successes in turning the public tide to gain permits for uranium, gold, silver, copper, frack sands, and industrial mineral sites.

The equation of earning public support

Left-brained facts and figures don’t resonate with an emotional public, yet the standard defense of a project is to pile on studies and details. Through our research approach based on proprietary Focused InterviewsTM, we uncover the messages and images that cut through fears and tap into positive aspirations and emotions.

We engage local residents and thought-leaders at all levels, appealing to the right-brained side of the argument and using the most effective channels to reach them. We find those likely to support your project and convert them into vocal supporters. At the same time, we defuse and isolate potential opponents by changing the debate to focus on your project’s benefits.

Dominate the Public Debate to Win

We mobilize an army of supporters to participate in all levels of the public review process, as well as dominating public forums, social media, blogs and mainstream media. We turn a process normally driven by naysayers into a platform for supporters to express themselves with passion. This provides cover for regulators and decision makers to judge your proposal on its true merits.

An asphalt plant is not the type of project to elicit a lot of vocal support. In fact communities, communities generally unite in opposition.
Read more..

Dramatic Turnaround at Open Pit Mine

When Davies took charge of community relations our client's mine proposal was swamped in controversy.
Read more...

Bear Mine
"Davies uncovered misunderstandings and found the best messages and means to meet and talk with people in our small community, allowing us to make new friends, build a movement of support, and overwhelm the naysayers — resulting in a timely approval of an extension and expansion for our mine. Not only did Davies get how to motivate supporters, they literally understood the opponents next move, before they made them."
Alfred Kuenkel, Corporate Communications

Ascot Resources
"Securing a mining permit is fraught with challenges, especially overcoming public and environmentalist opposition.  How the public perceives a mining proposal sets the agenda of debate for the public review and permitting process.
Davies’ wealth of knowledge, expertise, and experience in shaping public opinion and organizing public support for mining makes them an invaluable part of a permitting team. They greatly enhance your ability to secure permits in a timely manner."
Bob Evans, CFO

Our unique and proprietary approach is legendary -- a reputation earned by winning approval for more than 310 developments over 30 years. We win by crafting and delivering messages that activate people to speak out and petition passionately in support of your development. At Davies, we are not satisfied until we have shifted public opinion, with citizen advocates outnumbering, and outworking opponents.

How We Help Win Entitlements

Uncover the roots of opinion

We ask the right questions to encourage people to express their most personal views. Our research approach is based on our Focused InterviewsTM process, which we've carefully honed through three decades of first-hand analysis -- defining what calms fears and motivates support.

We craft fact-based messages that engage communities and thought-leaders at all levels, using the right channels to reach them. We create and brand the plan to earn entitlements - utilizing a unique process of messaging, which includes direct mail, phone calls, digital and social media and multimedia presentations. Through this process, we identify and motivate people who become educated supporters, while we defuse and isolate potential opponents.

Dominate the public debate to win

We cultivate and activate supporters to step up and passionately express their views in support of project approval. Once mobilized, these supporters create groundswells that shift public opinion. By generating this motivated force, Davies changes the dynamic of the approval process in your favor.

A high-profile businessman moved to an exclusive coastal community and began acquiring renowned hotels, clubs, and golf courses -- all cherished local landmarks — with ambitious plans to modify, rehabilitate, or expand each. However, within a very short period of time, the businessman faced a firestorm...
Read more..

When Davies entered the fight over development of 650-acres known for its pristine beauty, the issue had been defined as "Save-or-Pave" by no fewer than four groups organized to fight our client's proposal.
Read more...

A bid to create a premier destination resort-casino in South-Central Kansas was opposed by three counter-proposals from politically connected competitors who had mobilized thousands of vocal opponents. Complicating the situation was a state legislator and his allies focused on killing our client's proposal.
Read more..

In one of the most stringent anti-growth counties in the country, opponents of a high-density residential project placed an anti-growth measure on the ballot with the specific purpose of blocking our client’s project.
Read more...

A proposal to recycle a quarry and turn the area into nearly 5,000 homes, offices, and a retail center faced fierce opposition due to the proposed location in an already-congested area of a major city. Represented by a fervently anti-growth council member, the area had a history of anti-development community activism.
Read more...

A small college in an exclusive residential community with a fierce NIMBY ethic wanted to double its campus size with 20 new buildings totaling 300,000 ft2. Opponents used local media and an aggressive misinformation campaign to create the illusion that the entire community was opposed.
Read more...

Sares Regis Group
"When it comes to creating strategic messages and winning community relation programs, there is no firm more effective than Davies."
Russ Goodman, President

Chadmar Group
"Davies strategy and tactical ability is phenomenal! I have used firms in the past, and they just don't get it, but Davies worked 24 hours a day to figure out the real problem and how to overcome the issues. I have never found another firm that works like that."
Chuck Lande, President