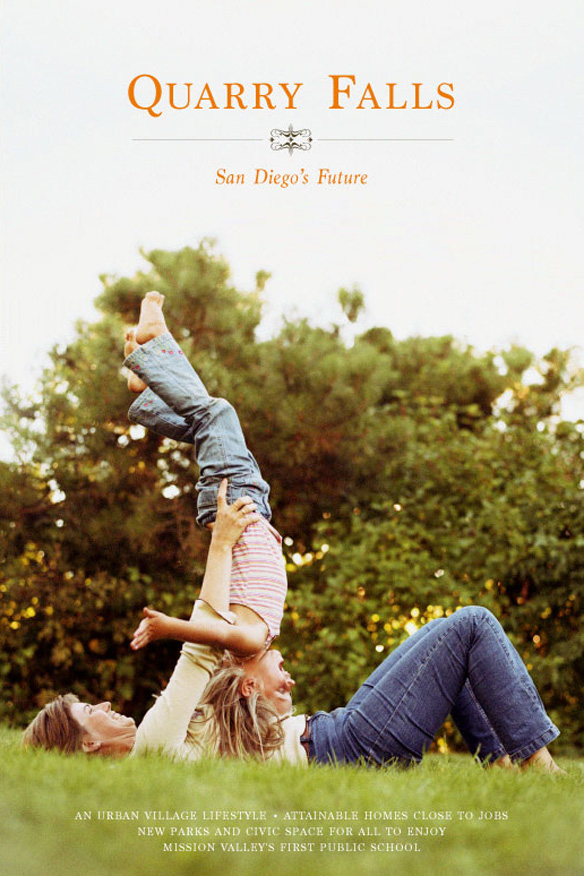 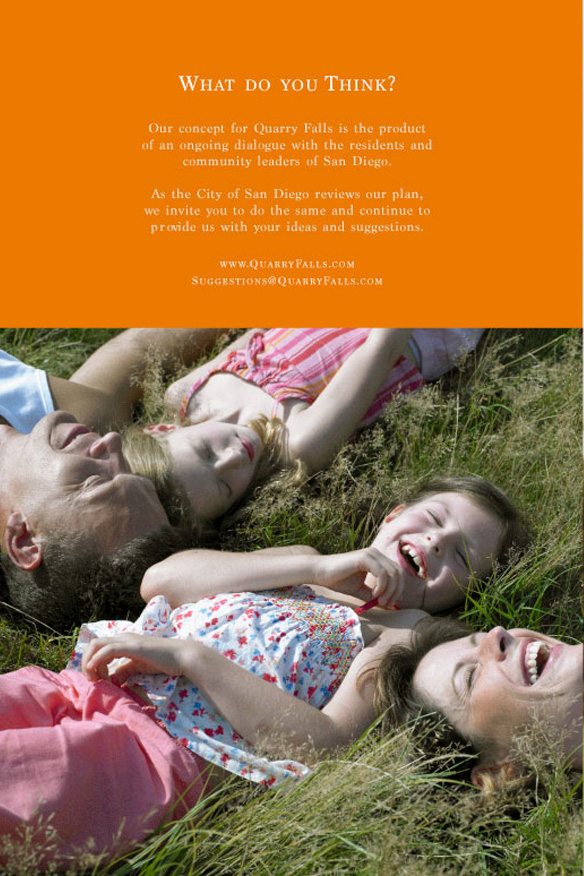 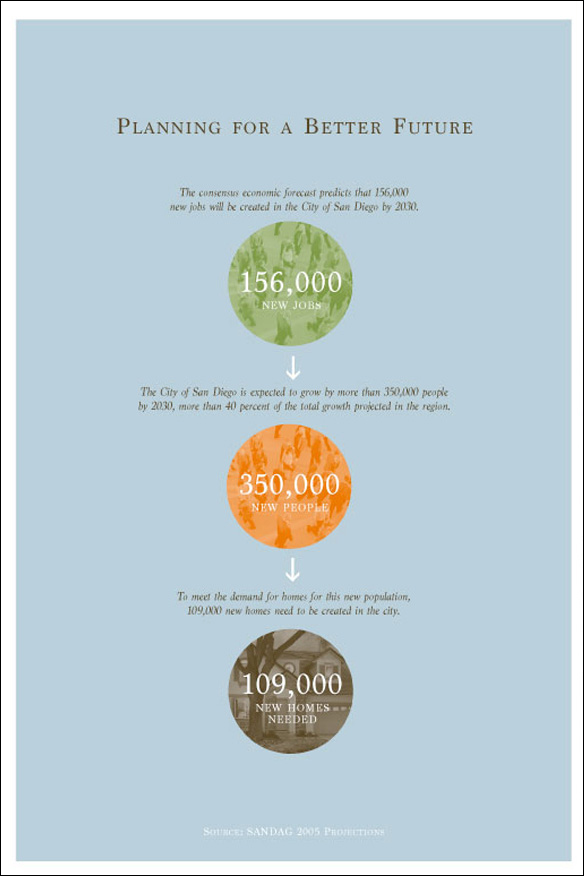 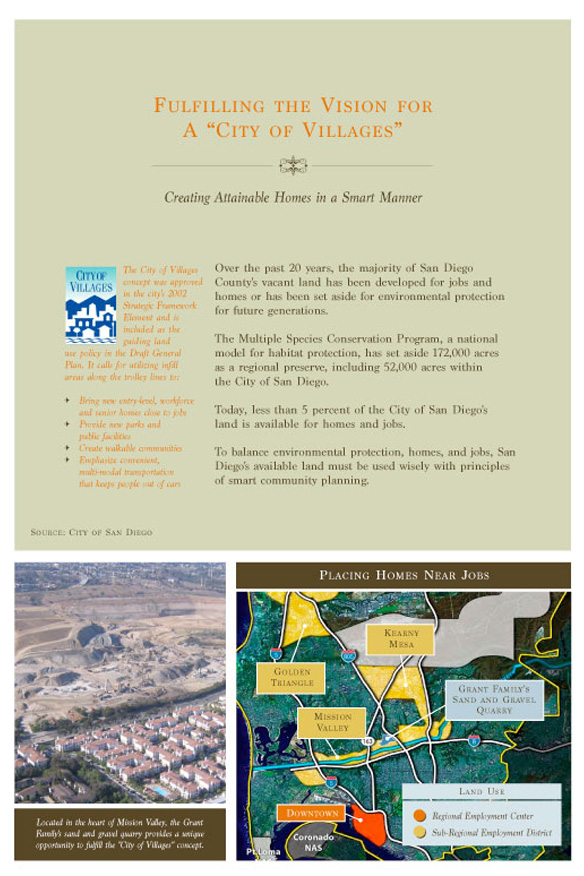 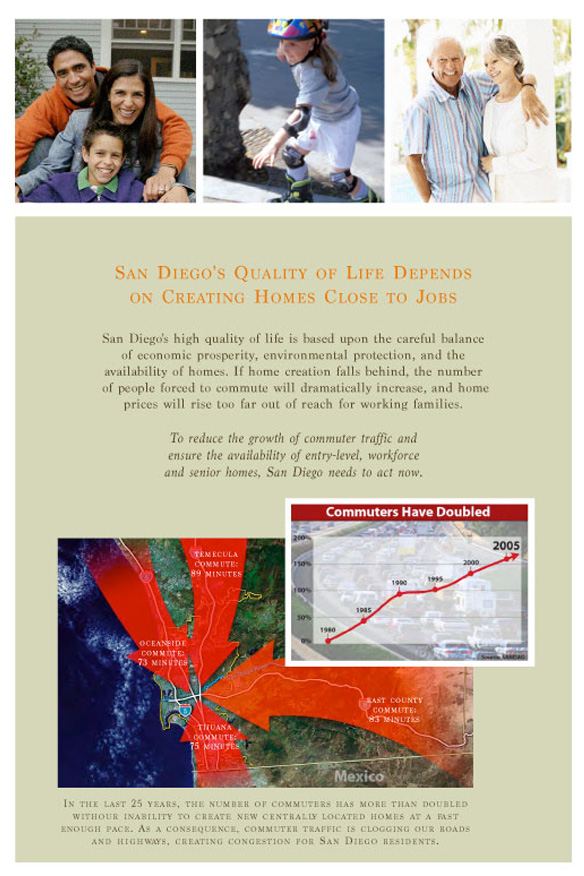 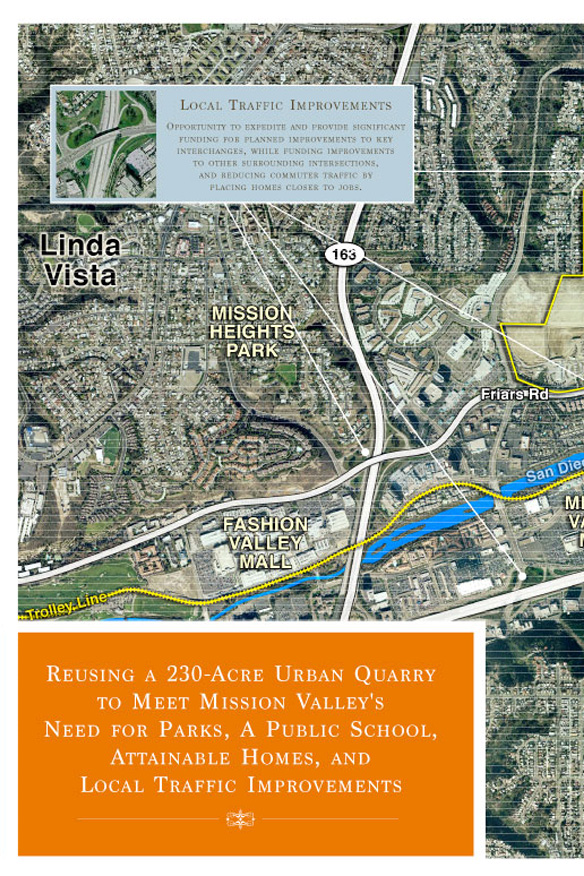 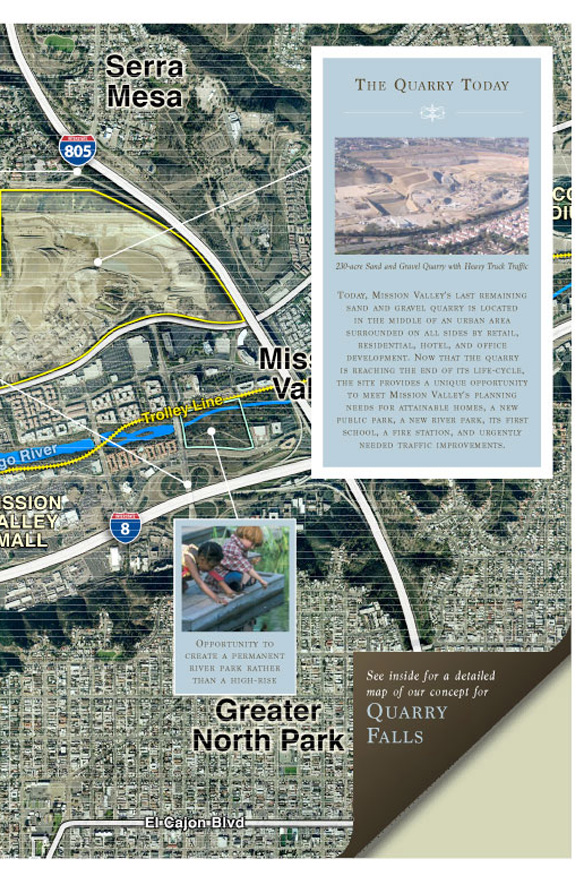 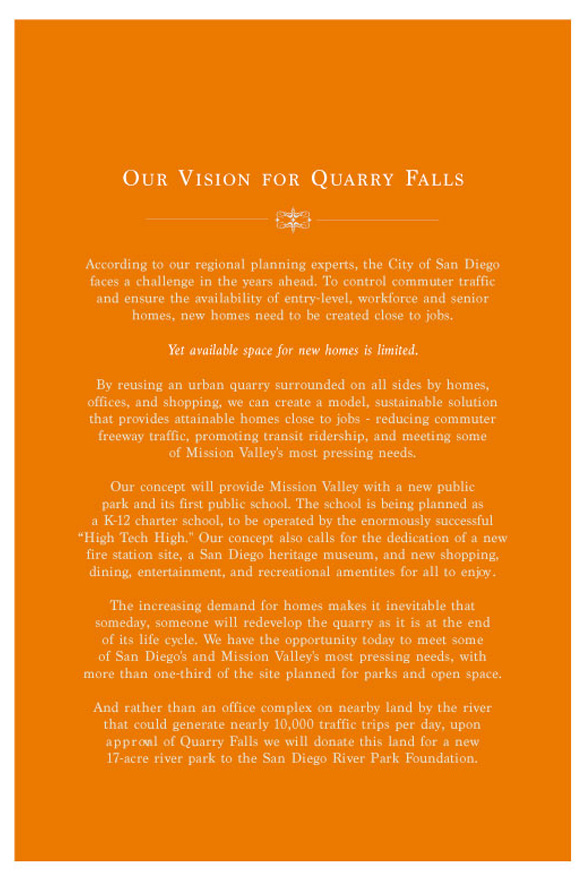 Sudberry Properties Inc. had teamed up with the owners of an active gravel mine in Mission Valley, San Diego to propose a new master-planned community called Quarry Falls, which included 5,000 homes with mixed-use and commercial elements. In the meantime, anti-growth activists were working to get planning groups to officially oppose the proposal, while simultaneously, a competing developer retained a local PR firm and began funding an anti-Quarry Falls campaign. All this in the district of an ardent no-growth councilwoman.

Davies’ goal was to get supporters organized and involved in the community planning group process as early as possible with an objective to win endorsements for Quarry Falls. Davies used direct mail, phone banks, online communication, small group meetings, and a website to deliver key messages to targeted audiences.

In the end supporters outnumbered opponents at the final city council hearing by 4 to 1, and the project was overwhelmingly approved.